And now for some classic KBD style punk.  This record was given to me by my dad when I was a teenager.  He had no idea what or who it was and gave it to me to test the 45 speed on my record player. I instantly fell in love with the comedic elements of Ten Minutes With Me and its almost rockabilly tinge.  It took me years to figure out who the band even was due to the unmarked test press label on it.  Finally found it on collector scum, probably where I should have started my search.  Turns out its from Canoga Park, very close to where I  grew up.  Well, enough about me, here ya go, as promised Erratic's EP from 1980. 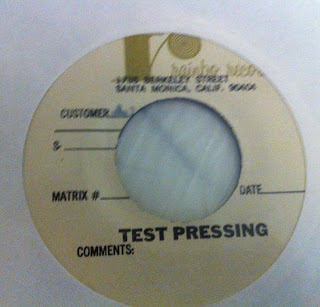 Posted by chemicals in the mail at 9:49 PM